The Identitarian Movement on trial

The reasons they were acquitted

On Thursday morning, the verdicts were announced at the trial of GI Austria in Graz. All defendants were acquitted on the main charges. The reasoning given for this verdict is in itself remarkable.

Pictured: 15 out of 17 defendants, who are all visibly relieved at their acquittal. The trial included co-leaders Martin Sellner (5th from left) and Patrick Lenart (1st from right). Photo credits: Identitäre Bewegung Österreich

On the tenth and final day of the trial held in the city of Graz against 17 activists and sympathisers of Generation Identity Austria (IBÖ), everything revolved around the judge’s verdict. All the defendants – 16 men and one woman – were found not guilty of forming a criminal organisation (Section 278 of the Austrian Criminal Code) nor hate speech (Section 283). As the Tagesstimme reported earlier, just two of the group were sentenced to pay a fine for property damage and assault.

Verdict: „Main actions were legal activities at their core“

The judge gave his reasons for acquitting the defendants by establishing, among other things, that the content of the contested claims could be interpreted in more than one way. The banner on the rooftop of the Green Party HQ in Graz did not constitute a criticism of Islam, but of the policies of the Green Party and of radical Islam. Concerning the action in Klagenfurt, the judge argued that the defendants, too, had merely pointed out the dangers of political and radical Islam, which indeed was made clear at the time of the action. A slogan declaring integration to be a lie must therefore be understood as being directed against “misguided policies”, and not against integration per se. 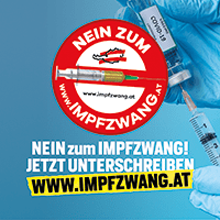 Prosecution: Defendants “no patriotic front, but a front of cowards”

Before the judge was able to give his highly anticipated verdict, the prosecution and the defence delivered their closing statements. The prosecutor repeated his accusations, and offered some harsh words towards the defendants. According to his view, they make themselves out to be a “group of law-abiding people”, yet “continuously break the law”. In his opinion they formed “no patriotic front, but a front of cowards”.

In the view of the prosecutor, the identitarians “made no distinction between Islam and radical Islam”, because it were easier to spread hate. Furthermore, he called the defendants “pseudo-moralists, who pretend to be protecting the state”. He interpreted the fact that the only female defendant had joined the group only a short time before as a sign that he was dealing with people “who are not regarded as the elite in the movement” – and referred to an alleged hierarchy within GI Austria.

The defence, who pleaded for all defendants to be acquitted on all charges, was unwilling to accept this summary. In his opinion, it constituted a “vilification of the defendants”, and “spite” of this kind was a sure sign that the prosecution’s arguments were weak. This were also documented by the way the prosecution had made such a big issue out of just a few stickers. Involving the only female defendant in the proceedings, who according to her statements was barely involved in the action in Graz, constituted a “perversion of this legal clause”.

Also, he did not consider the offence of hate speech to have been committed, and referred to the statement made by the Kurdish pizzeria owner in Feldbach – who, unlike the prosecution, were to have understood the content of the slogan used by the identitarians. Furthermore, the defence recalled how one of the witnesses to the action in Klagenfurt had a radical Islamist past – it was “unbelievable that something like this is quasi tolerated”. Counsel for the defendants held that they “had in no way crossed the line”, and could  thus not be found guilty of hate speech.

Identitarians‘ trial to continue next week

Disruption of university lecture in the spotlight 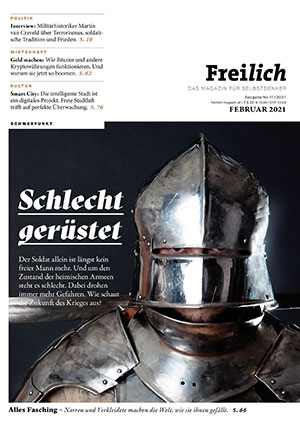